ISUOG BT Flex offers a month-long Basic Training course you can follow from your own home. This course offers the full Basic Training curriculum in obstetrics and gynecology.

BT Flex combines individual studying with video lectures and learning resources created by ISUOG experts, as well as weekly tests and live webinars with ISUOG faculty. You can also register for the final ISUOG Basic Training Certification exam which will be open from Saturday 29 October 2022 to Monday 9 January 2023.

ISUOG BT Flex is aimed at trainees and those new to ob/gyn ultrasound, allowing you to join us from anywhere in the world and study at your own pace. Participants will follow a schedule of supplementary educational material and will be able to attend weekly interactive webinars hosted by ISUOG experts. Throughout the duration of the course, participants can register for the final ISUOG Basic Training Certification Assessment* which will be available from the end of the course.

Already registered for BT Flex this year? Log in here to watch the sessions live and on-demand

BT Flex has been designed as a month-long program of individual study and interactive live webinars. New content and video lectures will be uploaded during the month of November (Every Monday) on the designated BT Flex weekly page (see below). You can follow the studying schedule provided by ISUOG, or study at your own pace and rhythm. You will also be able to watch live webinars run by the ISUOG Basic Training experts who will summarise the main concepts and provide interactive training. (Every Saturday during the month of November). 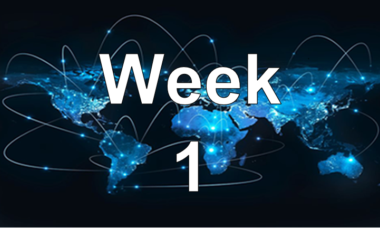 Join us for week 1 of BT Flex, 'Basic Training's Basics of Scanning' from 31 October to 6 November. 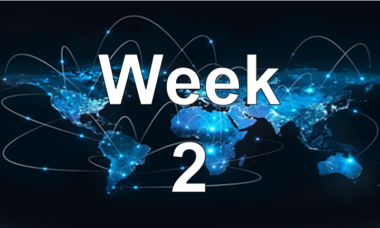 Join us for week 2 of BT Flex, 'The Basic Training Approach to Fetal Biometry and Anatomy' from 7 to 12 November. 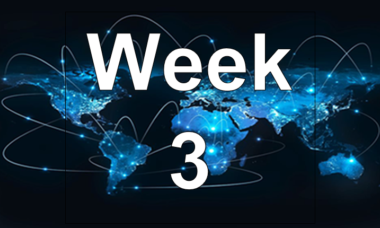 Join us for week 3 of BT Flex, 'The Basic Training Approach to Imaging the Pelvis' from 14 to 19 November. 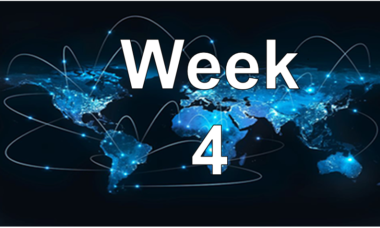 Join us for week 4 of BT Flex, 'The Basic Training Approach to Fetal Anomalies' from 21 to 26 November.

You can now see the full 4 week program here.

Dr Gihad E. Chalouhi  MD, PhD is an Obstetrics and Gynecology specialist. He worked for 8 years with Prof. Yves Ville Y and Prof. Laurent Salomon in Necker-Enfants Malades Hospital, Paris and is subspecialized in in prenatal diagnosis, fetal medicine, fetoscopy and fetal surgery with more than 300 performed fetoscopies. He is specialized in fetal imaging and obtained his PhD in fetal functional MRI in Paris Descartes University and INSERM unit U970. He is a member of the CNGOF (French National College of obstetrics and Gynecology), the LSOG (Lebanese Society of Obstetrics and Gynecology) and the CFEF (French College of Fetal Ultrasound).

He is a pioneer in the implementation of simulation in obstetrical and gynecological ultrasound education, and remains actively involved in this integration. He is an active member of ISUOG's Basic Training Task Force, and leader of the Simulation Work Group. For the last five years he has worked as part of ISUOG's Clinical Standards Committee for the establishment of ISUOG’s Guidelines.

He is the co-founder and President of SimECHOle, the school for ultrasound training and education using simulators in Paris, France.

Dr. Vélez Villegas is an Obstetrician and Gynecologist from Universidad de Antioquia (Medellín - Colombia), sub-specialist in Obstetric Ultrasound (prenatal diagnosis) from University of Tel Aviv (Israel). He completed additional  training in prenatal diagnosis and fetal echocardiography at King's College Hospital (London). He is currently a Professor of the Department of Gynecology and Obstetrics (Residency Program), Faculty of Medicine, Universidad C.E.S, (Medellín - Colombia).

Titia Cohen-Overbeek has worked as a physician in Fetal Medicine at the Department of Obstetrics & Gynecology, Erasmus University Medical Centre since 1987. Prior to that she obtained her training in prenatal diagnosis during a 5-year period at Kings College Hospital in London under the guidance of professor Stuart Campbell. During that period, she was the first to visualize the blood flow in the uterine artery by Doppler ultrasound.

The early collaboration with many pediatric specialists resulted in numerous scientific papers on prenatal diagnosis of congenital anomalies, their postnatal outcome and the long term follow up of these children. Her thesis “Detection of congenital anomalies before or after birth; does it make a difference?” was published in 2008. Following the introduction in the Netherlands in 2007 of the fetal anomaly scan as part of the national prenatal screening program she established an widely attended ultrasound training program for obstetricians. Since 2015 she became member of the national quality committee geared towards assessing the quality of the various prenatal screening tests available within the national prenatal screening program

She has been member of the ISUOG outreach committee from 2012-2018, participated in the outreach project in Somaliland in 2012 and has been the leader of the outreach project in Oman from 2017 onwards. She was a member of the ISUOG Basic Training Taskforce since 2016 and was particularly involved with the formation of the Basic Training theoretical curriculum. In a collaboration of Medical Aid Films with ISUOG she was part of the team that made the two Basic Training instruction films “The principles of ultrasound” and “The Basic Steps of an Obstetric Ultrasound Examination” which are free available on the ISUOG website.

Dr Divya Singh (India) MD Radiodiagnosis and Fellow Advanced Ob/Gyn Ultrasound
Divya is a MD Radiodiagnosis at PGIMER in Chandigarh and a Fellow Advanced ObGyn Ultrasound at Mediscan in Chennai.
Divya covered the positions of Consultant Radiologist, Prime Imaging & Prenatal Diagnostics in Chandigarh; ObGyn ultrasound Content Expert at Inteleos (umbrella organization of ARDMS) in the USA. Divya is a member of the ISUOG’s CME Task Force anb a member of the ISUOG Online Education Working Group.
Diviya has been awarded by the Ministry of Health, Government of India and Department of Health, Chandigarh for providing exemplary service to pregnant women in Chandigarh. She has published 42 publications and papers and two book's chapters.
Read more

Basma graduated with an MD degree in 2005 from the Arabian Gulf University in Bahrain, she pursued a five year residency program in Obstetrics and Gynecology at Rouen University in France.

Her experience is in Obstetrics and Gynecology as well as ultrasound, with both national and international participations. She is currently the head of Saudi's National Obstetrics and Gynecology Residency Training Program, where she is in charge of supervising residents, mentoring them and participating in the development of the scientific and clinical program. She is also responsible for the Fetal Assessment Unit.

Register for BT Flex for free

Please see below the fees to register for the assessment:

**Delegates from countries categorised as low resource [Low-resource countries (Groups A and B)] can qualify for even greater discounts. No other discounts can be used in conjunction with this rate.

Please note that this will be the only certificate released by ISUOG and no Certificate of Attendance will be provided for this course (nor the webinars).

How much time will the program take?

The program will involve approximately 5 hours of individual study and a 2-hour webinar per week.

How do I register to the course?

How do I get my certificate?

I missed the start of the program. Can I still participate?

Yes! You can join the program at any time.

Will Webinars be recorded?

Yes, all webinars will be recorded and available to view afterwards on the designated week page. We highly recommend registering and participating on the day since it will be a great opportunity to interact with the panel, ask questions, answers live polls and many more.