Basic Training: The Essentials of Obstetric and Gynecological Ultrasound

Join us on October 24th in Johannesburg, South Africa for the Basic Training Course: The Essentials of the Obstetric and Gynecological Ultrasound.

Have a look at our flyer and share with your colleagues!

Come and join us on Thursday, 24th October in Johannesburg, South Africa for the ISUOG Basic Training Course: The Essentials of the Obstetric and Gynecological Ultrasound, in person or via live-stream. This course is being delivered in cooperation with SASUOG and will be chaired by ISUOG's Prof Nicolaou, Prof Lombaard, Prof. Geerts, and Dr. Stewart. 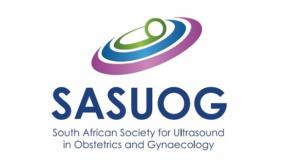 We will discuss techniques for differentiating between normal and abnormal pregnancy, anatomy, growth and bone structure as well as methods for estimating size and fetal weight. Delegates will also gain an introduction to writing gynecological ultrasound reports and the basics of gyne ultrasound.

This ISUOG Basic Training course is being run in partnership with SASUOG, as part of its World Congress in Johannesburg from October 24th-27th 2019.

There are three different ways in which you can access this course, making it easier than ever to enjoy the benefits of Basic Training!

Satellites allow groups at universities or hospitals to livestream a Basic Training course from anywhere in the world! Satellites are very easy to set up - all you need is a venue with a computer and projector. Attendees can watch the course in real-time and interact with faculty during Q&A sessions, and ISUOG will provide full admin support and issue delegates with a certificate of attendance and one-year's ISUOG membership following the course. Satellites are a great, cost-efficient way to access Basic Training in remote locations or in low-resource settings.

To find out more about hosting a satellite or to register, please vist our page or email [email protected]

Join a satellite near you!

It is also possible to attend an existing satellite. Find the locations and contact information below.

An individual livestream allows you to access Basic Training from your own home! By hosting a an individual live stream, you have the ability to pause and review lectures as well as ask questions to course facilitators in real-time. Additionally, video recordings will be available to you after the course so you can re-watch and review.

Professor Nicolaou is the Head of the Wits Maternal Fetal Medicine Centre, University of the Witwatersrand and Chris Hani Baragwanath Hospital.

He is a Specialist Obstetrician and Gynaecologist, and Sub specialist in Maternal and Fetal Medicine.

Dr Lou Pistorius completed his MBChB (Pretoria) cum laude in 1986, and obtained the MMed (O&G) and FCOG (SA) at Stellenbosch University in 1993.  After a year in the UK he returned to Pretoria to the Kalafong Hospital, where his postgraduate experience in fetal medicine commenced. He moved to Sandton Mediclinic as a gynaecologist with interest in fetal diagnosis and therapy in 1998, where he started the first fetoscopic laser procedures for twin-twin transfusion syndrome in South Africa.  From 2004 to 2013 he has been attached to the University Medical Centre, Utrecht, The Netherlands, where he completed a fellowship in maternal and fetal medicine, obtained his PhD on fetal brain imaging in 2008, and registered as perinatologist/maternal and fetal medicine specialist.

From 2009 he was the head of the obstetrical ultrasound unit of the University Medical Centre, Utrecht, with the responsibilities of organising and overseeing the performance of obstetrical ultrasound, as well as the training and audit of first, second and third trimester ultrasound. In July 2013 he returned to South Africa to open a maternal and fetal medicine practice in the Mediclinic Panorama and join the Department Obstetrics and Gynaecology of the University of Stellenbosch/Tygerberg Hospital on sessional basis. His current research includes evaluation of fetal cortical folding and brain volume in various pathological conditions (including fetal alcohol syndrome) and the evaluation of prenatal ultrasound markers in prediction of postnatal outcome in fetuses with gastroschisis. He is a founder member of the Perinatal Neurology Working Group, and enjoys wide international scientific collaboration. He has authored or co-authored more than fifty scientific publications and organises or participates in a wide range of ultrasound courses, from primary to tertiary level.

Prof Lut Geerts is a Principal Specialist in the Department of O&G at Tygerberg Academic Hospital, University of Stellenbosch, South Africa. She is head of the O&G Ultrasound and Fetal Medicine Unit.

Dr Chantal Stewart is a senior obstetrician and gynaecologist and head of Mowbray Maternity Hospital.

She is also a senior lecturer at the University of Cape Town. She is a Maternal Fetal Medicine specialist with an interest in multiple pregnancy and ethical issues in ultrasound. She is a SASUOG Council member and has delivered lectures at many ultrasound conferences.

He completed his undergraduate and postgraduate training at the University of Cape Town /GSH before working and re-specializing in the London (UK) for 6 years. It was during this time (Kings College and Guys and St Thomas’s Hospital) that he developed his interest in ultrasound.

Prof. Sumaiya Adam is an Obstetrician and Gynaecologist at the Steve Biko Academic Hospital, University of Pretoria where she specialises in Maternal and Fetal Medicine.

Professor Lombaard is the Head of the Department of Clinial Rahima Moosa Mother and Child Hospital at the University of Witwatersrand.

He is additionally the Principal Specialist in Maternal and Fetal Medicine at the University of Pretoria.

Prof. Zeelha Abdool works as a full time consultant in the Department of Obstetrics and Gynaecology at (Steve Biko Academic Hospital) and heads the Urogynaecology Subspecialty Unit.

Special interest includes pelvic organ prolapse and pelvic floor ultrasound.  She has recently completed her PhD on pelvic floor morphology in South African women using 4 dimensional ultrasound. She is current President of the South African Urogynaecology Association (SAUGA) and is the African representative on the International Advisory Board of International Urogynaecology Association (IUGA). She is also board member of both SASOG and SASUOG.
Read more

Poovangela Naidoo is the Head Clinical Unit of Obstetrics at the Chris Hani Baragwanath Academic Hospital (CHBAH), which is the largest obstetrics hospital in Southern Africa where approximately 23000 babies are delivered per annum. She also runs a first trimester screening clinic at the CHBAH, in which she is actively involved in the training of students, interns, registrars and fellows on first trimester screening.

Poovangela heads the Essential Steps in Managing Obstetric Emergencies (ESMOE-Program) and the resuscitation training of all staff members at the CHBAH. She is affiliated with the University of the Witwatersrand as a lecturer and is involved in undergraduate, postgraduate and subspecialist training.