It is with great sadness that we learned of the death of Dr Beryl Benacerraf. From its advent, Beryl was a pillar of the ISUOG community. As an ISUOG trustee and member of UOG’s editorial board, Beryl brought her pioneering spirit, generosity, dedication and remarkable talent in radiology to the Society. 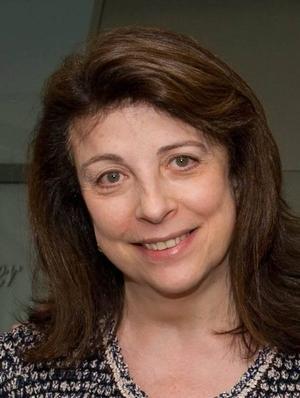 Beryl contributed innumerable research articles to the Journal, gave unwavering support to ISUOG’s World Congress as a keynote speaker and, in 2001, received the ISUOG Ian Donald Gold Medal Award for her extraordinary scientific contribution to the advancement of diagnostic ultrasound in obstetrics and gynecology through research and innovation. From her lecture on describing the complete ultrasound picture of the most common fetal trisomies at the inaugural World Congress in 1991, to her address on pelvic pain, endometriosis and the changing nature of ultrasound at 2021’s Congress, Beryl’s expertise spanned the ob/gyn spectrum and hers was a voice of authority that commanded respect and attracted a global audience for more than 30 years.

Beryl revolutionized the prenatal diagnosis of congenital anomalies and improved the detection of gynecologic disorders with the use of ultrasound. Among many, her discovery that a large sonographic nuchal fold in the second trimester is associated with trisomy 21 established the importance of fetal dysmorphology as an instrument for prenatal diagnosis. With this groundbreaking contribution, she opened the door for what is now known as “genetic sonography”, a modality that has dramatically improved prenatal diagnosis and the characterization of fetal syndromes.

ISUOG is proud to honor Dr Beryl Benacerraf and is indebted to her extraordinary contribution, not only to our community, but also to the field of obstetrics and gynecology.

With thanks to Dr Roberto Romero whose profile of Dr Beryl Benacerraf, published in June 2021, can be accessed here.