With the rise of the Omicron variant, ISUOG's Ask the Expert series returns to further discuss COVID-19 and maternal care. This time, the focus is on the perspective of the patient, with six panellists getting answers to the questions that matter to their patients most. The two-part series features our specially selected expert panel comprising Prof Andrea Dall’Asta, Prof Asma Khalil, Prof Christoph Lees, Prof Liona Poon and Dr Raigam Jafet Martínez-Portilla.

As the global pandemic continues to intensify, our experts answer your questions about COVID and pregnancy at a critical time in global healthcare, and as part of our continued mission to bring high-quality education in obstetrics and gynecology. 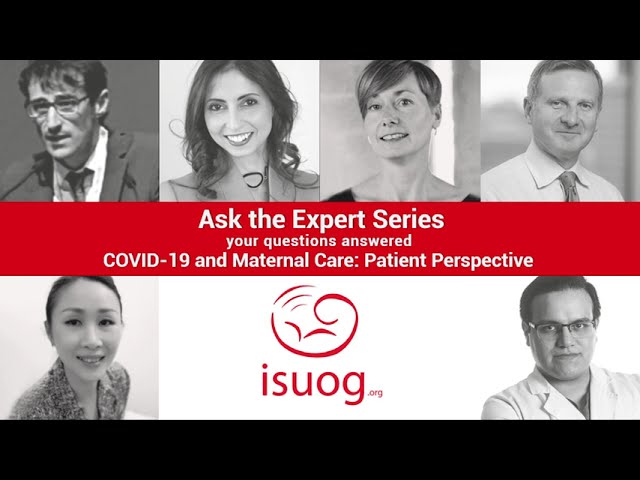 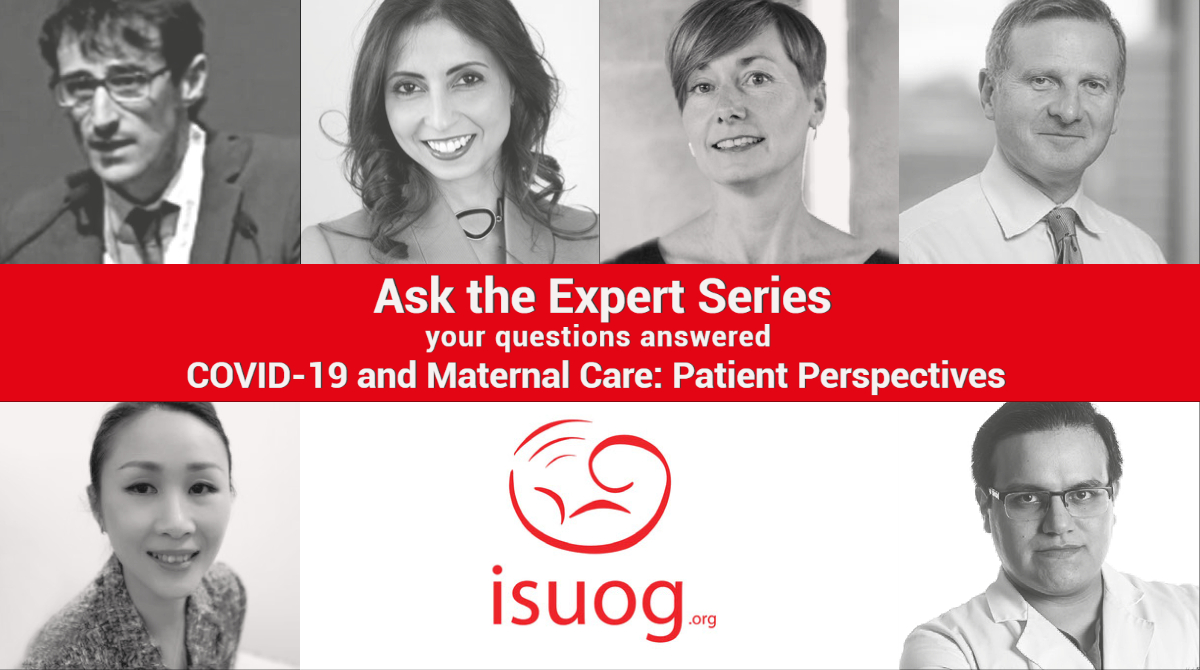 Questions for our Panel

Are women more susceptible to the Omicron variant than either non pregnant women or to other variants?

There is no obvious data, specifically focusing on pregnant women. But if we look at what we know about the Omicron variant, we know that the mutation of the spike protein has made it more infectious. It has made it more efficient in replicating particularly in the upper airways and is more infectious towards other individuals. At the same time, we know from published data, particularly relating to the overall population and on paediatric patients, that when the variant has started spreading in certain areas, there has been a steep increase in hospitalizations, and this is particularly true for children under five years of age and younger than one year of age. So, on this basis, given that the Omicron variant is more infectious, and given the fact that an increased frequency of hospitalization has been recorded in areas where the Omicron variant was likely to be spreading, I can’t find any reason why pregnant women should not be more likely to get infection and be more susceptible to the Omicron variant.
Prof Andrea Dall'Asta

When should I get the vaccine, and should the first trimester be avoided?

The general consensus from all important organizations, from available evidence, pregnant women should get vaccinated in all trimesters. There are some studies that have suggested that there could be a very new response in pregnancy during the third trimester. However, most countries have limited resources and vaccines are not available whenever they want to get vaccinated. So, there are specific time points in which people are getting vaccinated, especially for pregnant woman. So, if you have a vaccine available in your country, and that is the only time you can get vaccinated in any moment during class during pregnancy, this is fine.

Is there any risk if the woman is close to her due date for either the woman or the fetus?

There is no risk in getting the vaccine at the end of the pregnancy or close to the due date. We know that the side effects from the vaccine in pregnant women tend to be similar to non-pregnant individuals; they tend to be mild, and they don't have any effect on the woman or the baby. Therefore, the advice is it’s never too late, even if you are near the end of the pregnancy, the advice is still to go and get the vaccine.
Prof Asma Khalil

Is there any evidence at all that the vaccine will cause birth defects in the baby?

Is there any risk of vaccine causing either miscarriage or stillbirth?

To date, evidence based on real life population level data – institutional data together with several case control studies from all over the world – demonstrated that the rates of stillbirth and miscarriage following vaccination against COVID-19 are not higher than the background rates. So, it appears that there is no increased risk of stillbirth or miscarriage following vaccination against the COVID-19. However, some emerging evidence shows that unvaccinated pregnant women have a sevenfold increased risk in getting the infection compared to unvaccinated pregnant women and amongst pregnant cases with COVID-19. 90% of SARS-Cov2 related hospital admissions and critical care conditions are related to those who are unvaccinated. And the latest data suggests that women with COVID-19 who are unvaccinated have a fivefold increase in risk of perinatal deaths, and that all perinatal deaths occur in pregnant women who are unvaccinated at the time of COVID-19 diagnosis. So, it is critical that we address the ongoing low vaccine uptake rates in pregnant women.
Prof Liona Poon

Is there any evidence that one vaccine or another is better against Omicron?

This is not an easy question because, first of all, pregnant women were not included in efficacy trials initially. So, we don't currently know if there is any advantage between any of the vaccines, never mind whatever variant. However, we need to look at it from first principles, because there is no reason to suggest that there should be any difference in efficacy, whether you're pregnant or not. Pregnant women make excellent antibodies in response to all the vaccines that have been looked at in observational studies and in some of the now ongoing efficacy studies. Hence, the same vaccines that can prevent Sars-Cov2 to a non pregnant women are clearly also suitable to administer in pregnancy.

Omicron is obviously a concern because it's the new variant, but the concerns around the vaccine efficacy for Omicron are the same as in the general population. We've seen reduced activity of the currently used vaccines to neutralize this variant, including the mRNA vaccines against Omicron due to the mutations in the spike protein. However, the really important protection against severe infection remains preserved. I've seen a preprint just in January [2022], which compared the responses – immune responses not efficacy, but just immune responses – in pregnant women, between the two mRNA vaccines that are in use in pregnancy. The bottom line is there is loss of neutralization, but the data shows it is still possible to continue to attenuate the disease severity, also in pregnant women. So, I think we shouldn't worry too much about the variants, we should worry about the fact that the pregnant women are getting vaccinated in the first place.
Prof Beate Kampmann

Should pregnant women have the booster vaccine if they've already had COVID?

This is a question that not only pregnant women are asking themselves, because we think if you had COVID you will already have antibody. This is true, but the level of antibody induced by the infection is probably less or similar to the antibody that's induced by the vaccine. When you think about why we're vaccinating the pregnant women, it is to really maximize the amount of antibody that can go through the placenta to reach the infant and give protection both to the woman, of course, but also to the baby. The higher the antibody is for the woman, the more can reach the baby It is also likely  the higher the antibody in a person, the less likely severe infection can actually hit her, whether pregnant or not.

Vaccination and boosters are also recommended in non-pregnant women, whether they had COVID or not, and therefore, there isn't really any difference. However, one just needs to think about the interval, because we wouldn't want to give a vaccine or booster vaccine to a woman who very recently had COVID and anyone receiving vaccines must be fully recovered – the minimum interval is 28 days. Omicron has really shown that we need the booster vaccination to get antibody levels into the protective range to prevent severe illness.
Prof Beate Kampmann